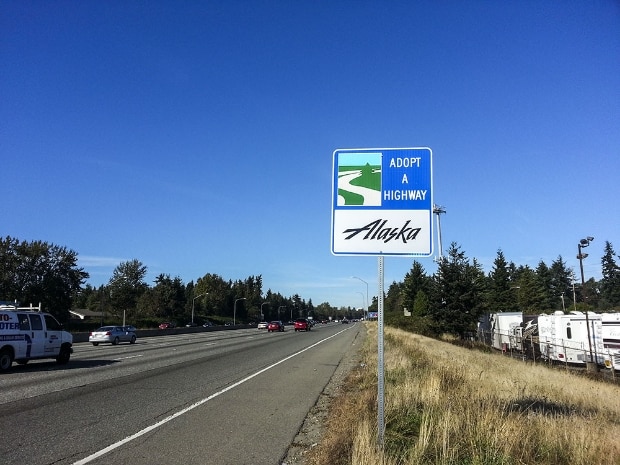 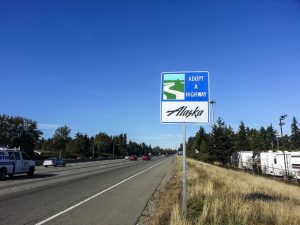 A large section of roadway around Sea-Tac International Airport will be cleaner thanks to teamwork and smart planning by WSDOT, its Adopt a Highway partners and Alaska Airlines.

Together, the group successfully completed the largest single sponsorship in the Adopt a Highway program’s 22-year history – and they did so in just one month.

Alaska Airlines wanted to sponsor 35 areas of roadsides and medians near the airport, but the company set a tight deadline to complete the process. That meant WSDOT crews and one of its contractors, Adopt A Highway Maintenance Corp., had to work quickly to find spots for all of the signs as well as have them made and installed by the end of September.

The contractor, and ultimately the sponsor, pays for the signs, but WSDOT crews install each one along the roadways.

The airline adopted sections of Interstate 5 and state routes 509 and 518. Each sign bears the program name as well as the sponsoring company, giving recognition for the cleanup effort and hopefully encouraging others to participate.

To give some perspective, the Snoqualmie Casino has adopted 44 sections of state roadway and Fisher Plumbing has 28 sites, but those were added to bit by bit over several years.

This was the first time 35 sections were adopted at once or that so many signs needed to be installed in such a short timeline. Because Alaska Airlines’ sponsorship covers such a large area, numerous WSDOT employees were involved in both the planning and installation.

“There were a lot of moving parts, but everyone worked together to make it happen,” said Anna Zaharris, Adopt-A-Highway program manager. “It was a really good experience.”

Under the Adopt A Highway program, sponsors pay a contractor to clean the sides and/or median of the roadway six times a year. Volunteer groups also can adopt an area and clean a section themselves. In addition to litter pick up, groups also have cleared weeds, planted native plants and cleaned graffiti as part of the AAH program. 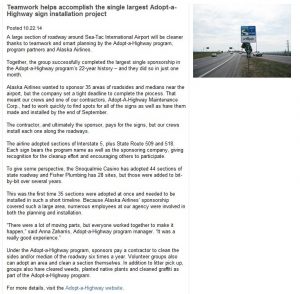 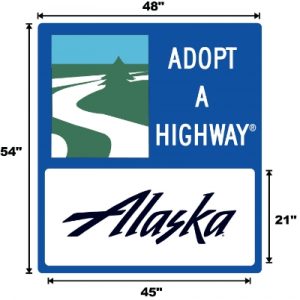 For more details, visit the Adopt a Highway website.