New York State Department of Transportation (DOT) Regional Director, Joseph Brown today announced “Spring Clean Up 2016” from April 18 through April 29.  This is a multi-functional maintenance effort to remove litter and debris from Long Island’s state highways and encourage drivers to stop littering.  DOT’s Spring Clean Up is being conducted to coincide with Earth Day to remind motorists that clean roadways are an important part of our daily environment that needs to be protected.

“During 2015 removing litter and debris from state roadways cost Long Island Region 10 approximately $2.4 million in tax dollars,” Brown said. “That expense would be significantly reduced, even eradicated if Long Islanders just stopped littering and disposed their trash properly instead of throwing it on the road.  Plus, Long Island would look much nicer too. We are hoping neat, attractive roads will help instill Long Island pride and persuade people to stop throwing ugly, harmful trash on our roadways.”

During Spring Clean Up, DOT maintenance crews will be out in full force on all state highways to clear away debris and start grooming our state roadways with a substantial, concentrated effort to help protect and beautify Long Island’s fragile environment.   Motorists are urged to extend the results of this major clean-up by keeping their personal trash inside their own vehicles until they can dispose it at proper trash receptacles.

DOT is coordinating its Spring Clean Up efforts with law enforcement agencies, construction contractors, and the Sponsor-A-Highway groups to help ensure a comprehensive anti-litter clean up effort.  Signs alerting motorists are being posted on the INFORM overhead electronic message boards. In addition, the American Red Cross is utilizing their Community Service Patrol, court-mandated service workers, to help pick up litter. DOT is devoting extra crews to remove highway debris and perform litter clean-up and mowing as resources permit to help maintain state roadways and safely accommodate the millions of motorists who use them each day.   For the safety of both Long Island motorists and the DOT crews, drivers are urged to remain alert, slow down, and keep a safe distance between their vehicles and any traffic barriers, trucks, equipment, and workers. After the clean up effort, workers will resume routine maintenance clean-up which DOT carries out on a continuous basis as resources allow.

Highway debris and litter pose safety, aesthetic, and health concerns for all who live, work, and travel on Long Island.  The DOT faces increasingly more difficult and expensive challenges to keep up with removing litter from Long Island’s state roadways.  Garbage strewn roadways are not only an ugly nuisance, they are dangerous as well.  Plastic bags clog drains and chemicals seep into our water supply with highway storm run-off.  Bags and trash can catch fire or can block a motorist’s view if caught in the wind.  Any discarded containers are potential breeding grounds for mosquitoes that spread harmful diseases.  In addition, roadside boxes become suspicious objects that threaten infrastructure security.

Motorists are urged to participate in DOT’s Clean Week 2016 and help keep our roadways litter-free all year around. 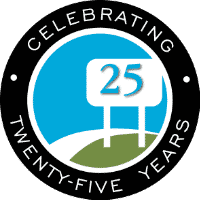