Earth Day is celebrated around the world.

Senator Gaylord Nelson was the leading founder in bringing awareness to environmental degradation and on April 22, Earth Day was first celebrated in 1990.

This year’s Earth Day theme is “Trees for the Earth”. 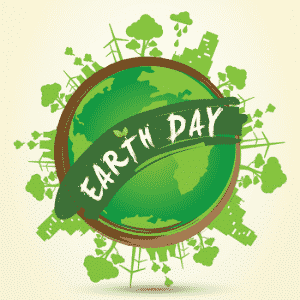 Our planet is currently losing over 15 billion trees each year due to deforestation, land development, and bad forest management (that is roughly 48 football fields every minute).

The importance of Earth Day is to help raise awareness of the impact we have on the environment and what can be done about it. Some of the stats that are used to get the point of going green across include: