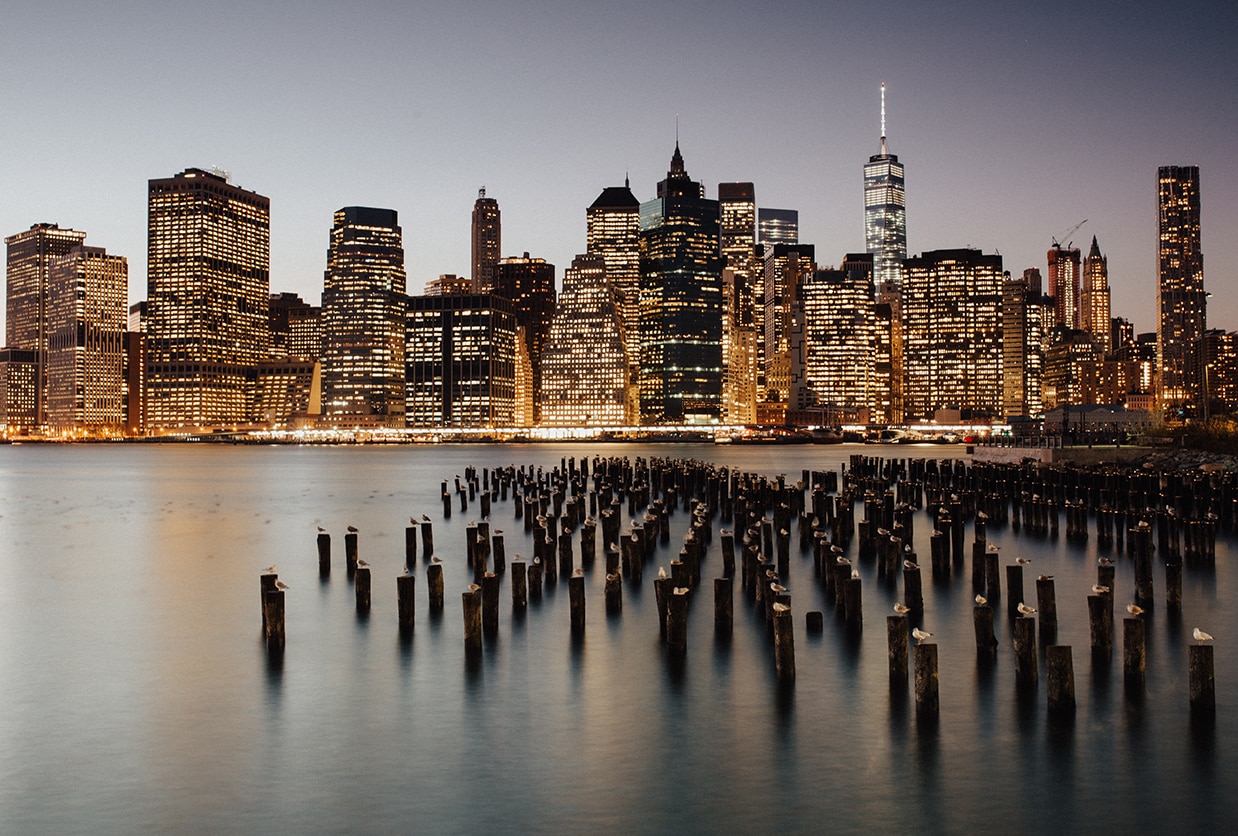 Join The Most Exclusive Group…

“The Latest Status Symbol For Hamptons Elite Is Adopting A Highway”

This week, an article was published in the NY Post, highlighting some of New York’s elite individuals for their involvement in the Sponsor A Highway® program:

“The latest status symbol in the world’s richest playground is being the proud owner of a rather pedestrian-looking sign along Montauk Highway and Route 27, especially between Southampton and East Hampton. Competition for such prime stretches is fierce — years-long waiting lists are not uncommon — making them all the more desirable to master-of-the-universe types.

Most sign up for one- or two-year contracts, pledging to pay hundreds of dollars a month to go toward contractors who maintain and beautify roads. In exchange, adoptees can have their names — and their businesses — on a sign for all of New York City’s movers and shakers to see.”

Each of the individuals interviewed for the article are partners with Adopt A Highway Maintenance Corporation and we’re proud to be working with them! Sign locations in Long Island are extremely limited and an ongoing wait list has been created for people and businesses interested in areas that are not currently available.

“There’s very little turnover. Once these sponsors are in, they don’t want to give up their segments,”says DOT staffer Carlos Rojas.

Space is so limited that a onetime wait-lister feels all the more territorial now that he’s claimed his mark — on Route 27 just before East Hampton’s iconic Hook Windmill.

“Offer me a million dollars — and I still won’t give that sign up,” says Eli Wilner, master fine art framer of some of the world’s most valuable collections, who has a gallery on the Upper East Side. 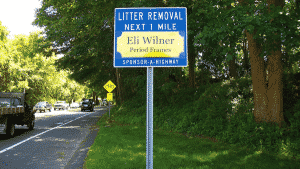 Since the fall of 2013, Josh Guberman has maintained a one-mile stretch of roadway along the eastbound side of the Long Island Expressway.

“Instead of the location or the spot, we took what we consider an inferior spot,” he says, referring to the more traditionally working-class section of Suffolk County — just outside the Hamptons proper.

Despite being on the wrong side of the road, as it were, he says he’s happy to give back to the community — and get recognition for doing so. “My friend called and said, ‘I always wanted to have my sign on the highway!’ ” says Guberman. “It’s really nice to actually have some measure of acknowledgment. It’s not like having a blimp up in the air.”

Other business owners like Jill and Bobby Zarin have also joined the program and over the years have hoped to add additional signs but have had no luck due to limited availability.

Jill and Bobby Zarin — who have enjoyed a plum sign for their business, Zarin Fabrics, on Route 27 in Southampton for a decade — would also like a second location to broadcast a more personal message (“Jill loves Bobby”). 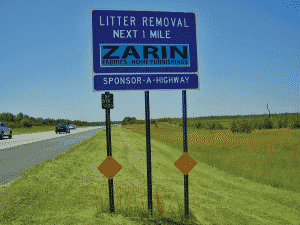 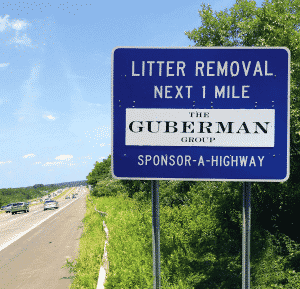 Another elite individual who loves the program is Donald Trump. 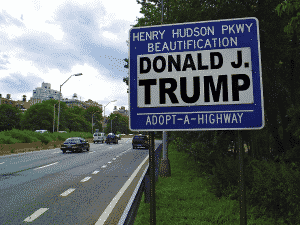 To read the full article follow the link below:

To be part of the solution and get your name or business on a sign call today.